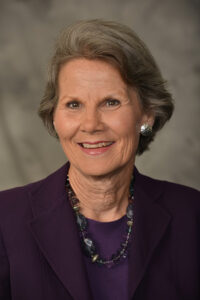 From 2006 – 2013, she was a member of the Board of Directors for the Georgia Center for Oncology Research and Education.

Dr. Gunby continues as a peer reviewer for the Journal of Nursing Scholarship and Nursing Outlook.

Dr. Gunby is a distinguished speaker at state, national, and international meetings and is well-known for her expertise in pain and suffering.  She is a strong supporter of student leadership development, and was awarded the “2006 Leader of Leaders Award” from the National Students Nurses Association.

Dr. Gunby’s clinical specialty area is adult health nursing.  She has focused her research, publications, and presentations on the concepts of pain and suffering, ethics, legal issues in higher education, qualitative research, philosophical and knowledge development in nursing, current issues confronting the nursing profession, and historical perspectives of nursing.  She is currently writing the historical years (1902-current) of Georgia Baptist College of Nursing.

Leadership with Georgia Core Center for Oncology, Research, and Education
Recipient of the Leader of Leaders Award at the NSNA 54th Annual Convention
Contributor to a nursing text by Barbara Penn, Mastering the teaching role: A guide for nurse educators
AJC Celebrating Nurses 2021